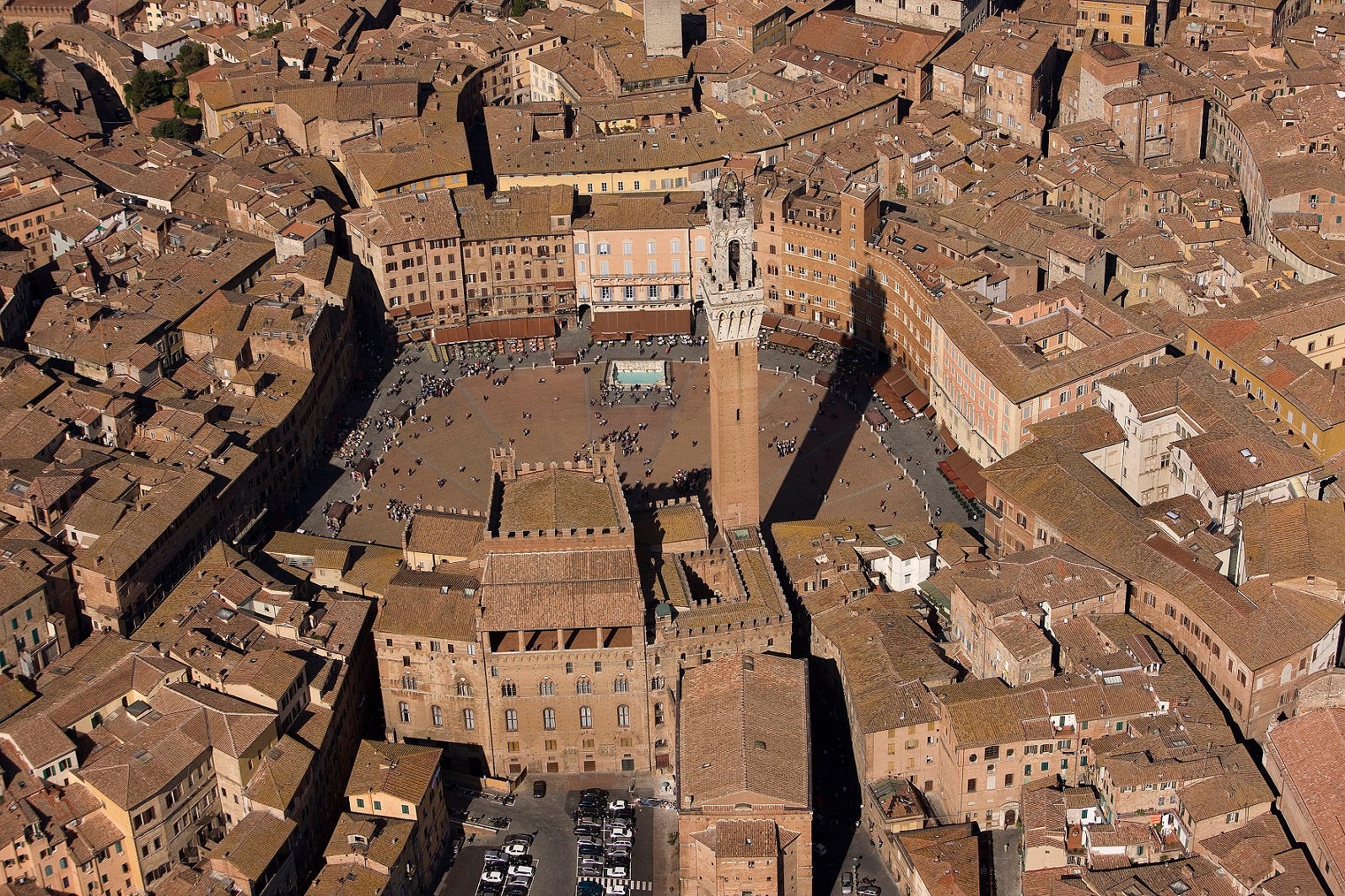 Siena shines perfectly from a distance in its medieval magnificence. The three hills amid which the city rests rise up like an idyllic film set, the old boundaries soften like the past into a countryside that sometimes still seem like the scene painted by Ambrosia Lorenzetti in the Allegory of Good Government in the halls of Siena’s city hall. Siena, intact for centuries, still mostly looks as it did in the 14th century, and the conservation of a unique, coherent medieval architecture is one of the main reasons to visit a charming city conscious of its fragile equilibrium: it was the first municipality in Europe to stop traffic from entering the old city centre, back in 1966.

It would be wrong to consider Siena as a city that rests in the past, a picture-perfect tourist destination where life is set in stone. Instead, as you stroll the alleyways and narrow streets, you discover a vivacious Siena, vibrant with a contemporary culture scene that encompasses a 750-year-old University, as well as internationally prestigious institutions like the Accademia Musicale Chigiana, University for Foreigners and academies such as the Accademia dei Fisiocritici and Accademia degli Intronati.

Siena reached the pinnacle of its splendour in the Middle Ages, pitching the city against Florence in a centuries-long rivalry. These golden years saw the city accomplish its current appearance, at the height of its economic and historic development. In only a few decades the striking City Hall was erected, as too was the Torre del Mangia, the breathtakingly beautiful Piazza del Campo was paved with travertine ribs to design the distinctive shell shape, and the famous Cathedral was constructed, which the Sienese always intended to expand even further, plans that were eventually set aside due to the Black Death epidemic that struck the city in 1348. (Traces of the project can still be seen in Piazza Jacopo della Quercia, where you can make out the columns of what were supposed to become the new naves and the bigger facade.)

Siena stood up to the plague and refused to be cowed, and although its importance as a political centre yielded to the progress of Florence, the Sienesi have never relinquished their traditions. This is a city where every stone has stayed the same down the centuries thanks to the unique handing down of mysterious and spectacular customs through the generations. The most striking expression is the Palio, a twice-yearly occurrence in which the city’s neighbourhoods, known as contrade, compete in an audacious horse race around the piazza del Campo. But even if you’re not in town during the Palio days, you can still soak up the atmosphere by visiting the many museums ran by each of the contrade, where you can catch a glimpse of the old drapes and the ornaments that have colored the competition down the centuries.